We have provided innovative solutions to literally hundreds of customers’ over the last 35 years. Some of our customers require just accurate, reliable, custom designed solutions … others are more demanding!

The brief was to provide a cockpit airflow sensor that could provide extremely accurate airflow data to allow for precise control of the cockpit environment. The technology used needed to respond rapidly to small changes, and perform reliably in an environment prone to high levels of vibration and g force as experienced in applications as diverse as the International Space Station and F16 Jet fighters.

Thick film technology has allowed us to supply an assembly that has proved to be both more accurate, more responsive and more reliable that that afforded by traditional nichrome sensors. 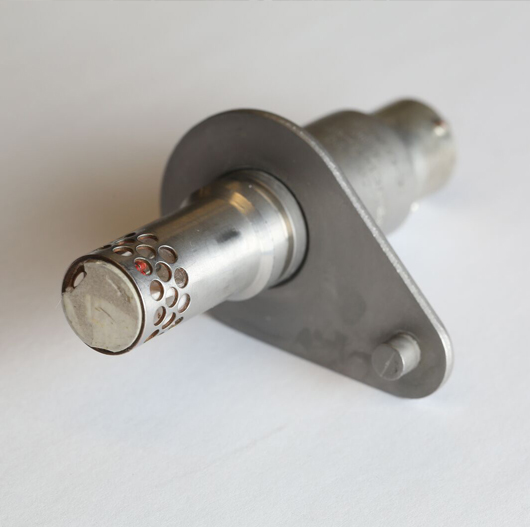 The brief was to design and produce a simmerstat for a heater control assembly that would allow accurate linear control of oven temperatures. It was essential that these assemblies should be both reliable but also consistent across individual units and batches – characteristics that were not being achieved with traditional technology.

Thick film technology allowed us to deliver a product that met the exacting specifications and these assemblies are now used internationally in ovens manufactured by GE & Whirlpool. It doesn’t get much more challenging environment than the barrel of a rifle. The brief was to produce a RF tracking device small enough to fit into the body of a tranquilliser dart that would then allow the tracking and successful recovery of Red Deer as part of the DOC deer control programme and capture of stock for the South Island commercial deer herds.

The dart would be shot out of the barrel of a rifle at ??m/sec with a force of ??. Our expertise in radio frequency applications combined with our thick film technology resulted in a world class solution that has stood the test of time. The requirement was for a radio controlled switch activation assembly to trigger the release of x tonne logs from a height of Xm over a distance of xm. On release the log and sensor would fall to the ground and typical impact was measured at deceleration forces of 25G. Reliability and safety were paramount.

In this instance we produced RF receivers on thick layer microcircuit board which was encased in resin. These assemblies were used across the New Zealand forestry industry and proved to be both effective, safe and extremely reliable with not a single unit being returned notwithstanding what can only be described as the harshest of environments. Ready to get started? Let's work together